Other changes were being seen as well as even some Thai monks were being seduced off the path of monkhood. This however for the most part is still seen as scandalous as Thais have not forgotten their roots, but simply see it as use as needed. If a Thai goes upcountry they emulate the behavior of their parents and people in their village. So that says the behavior seen in the urban areas is much about emulation to fit in as well. 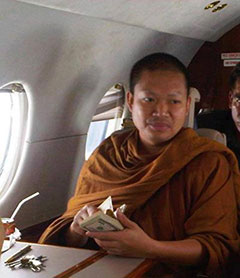 That brings us to the part of Thai culture that has not changed. In general Thais are very reluctant to ask questions, provide input, and acknowledge they do not understand something. You can explain something to a Thai and ask if they have any questions or need clarification. So even if they are completely lost about what you have said, they will indicate they understand perfectly. Teachers in Thai schools experience this all the time. When the teacher leaves the room all the students between themselves try to compare notes to collectively figure out what the teacher meant. This tends to keep Thai people from doing more than emulating behavior of other cultures as they tend to lack what is needed to lead. This however is not true for all Thais. The Thai people that have been exposed to cultures that are not afraid to ask, do ask.

This reluctant behavior suggests that many Thais are only emulating other cultures because they see other Thais acting the same. This could be described as sheep mentality in that they copy each other to fit in. that also supports why when they go home upcountry they act as the people do there.

However as the new Thai culture now involves technology, it seems there is no going back to the old ways. The idea of broadcasting about yourself in real-time to anyone who cares to look is socially addictive in a country where appearance is everything. So the competitiveness between unrelated Thais is where the bulk of cultural change is occurring.

What has not changed is what is below the surface. Caring and respect for the Hierarchy of family and society is unchanged. The family connection remains strong despite the self-serving influence of corrupt Thai politicians who are showing that it is OK to be greedy, and that quickly brings us to the next attempt to counter the changing Thai culture. 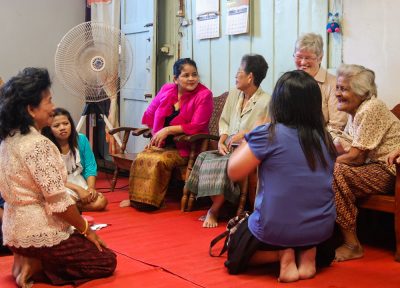 During 2014 another Coup was conducted to once again remove the same group of politicians who started the cultural change talked about in Part 1 of this series. Their greed and cunning became such a burden on the country, even the Thais who once profited from their handouts were now suffering financially. The suffering was so intense that many Thais took their own lives. The greed had gone from Millions of Baht to tens of Billions of Baht. That simply meant that the Thais that looked to profit from the corrupt politicians found there was no money left in Government coffers to pay that profit.

That resulted in a new Constitution being drafted that was just approved by over 60% of the country in August 2016. Hidden in the spirit of that Constitution is the means to help restore Thai culture by offering both quick and decisive punishment including the death penalty for corrupt and greedy politicians that have wandered off the middle path taught in Buddhism. That hopefully will eliminate at least one source of influence that is changing Thai culture.

What happens next depends on how well that new Constitution works. If the general population notes there are significant negatives associated with this new behavior, there may be some back stepping, but that is just speculation without any supportive examples.