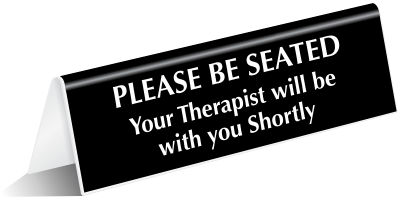 There is now mounting evidence providing adequate proof that harm from Political Correctness is no longer a future tense statement, it is now present tense. People have become too sensitive to minor things causing emotional trauma that should not even cause anything more than processing a factual statement.

So imagine this if you would, and don’t laugh about it because it is an accurate reflection of the weakened emotional state some people are at. Imagine if you would an invading army who’s only weapon is loud speakers blaring statements that are not politically correct, causing people to become upset enough that they become emotionally disabled in one form or another.

Quoting The Globe and Mail:

The Angus Reid Institute, a “not-for-profit, non-partisan public opinion research organization,” released a poll this week that raised these questions. Its findings are startling and important.

The survey of 1,510 people found that two-thirds of Canadians (67 per cent) believe that “too many people are easily offended these days over the language others use.” Three-quarters (76 per cent) believe “political correctness has gone too far.” Eighty per cent say, “These days, it seems like you can’t say anything without someone feeling offended.”

Clearly, political correctness is on Canadians’ minds. They believe that their language is being policed by unnamed forces. Three-quarters say they routinely hold their tongues in the presence of others, mostly to be polite, but also to avoid negative judgment.

You can read the full article here.

Other signs that Political Correctness has gone too far, there are over 1600 Therapists in the immediate Los Angeles area. That is a disproportionally high number for the population. How can the population be so emotionally sensitive to support that many therapists. That list does not include Psychiatrists who would just send people to their pharmacy of choice to get coping medication be it Xanax or whatever.

Now granted that Orange County California is the birthplace of Political Correctness, and the excessively restrictive rules, regulations, and ordinances are all supposedly designed to make the perfect environment there, but that once again brings us back to stepping on eggshells because you let your grass in your front yard get too long. So your off to see your therapist to cope with the stress cause by regulations that enforce Political Correctness. It has become so bad that the word Therapist is used as frequently as the word Facebook.

That brings us to the admiration of people who are not politically correct. Take Donald Trump for example, many people admire him simply because he is not politically correct. People cheer in movies when someone who is fed up tells the offending person to stick it where the sun never shines (or other more colorful words from the Thesaurus). That normal human reaction should never be seen as heroic, but it is.

In The Philippines their newly elected and very popular President Rodrigo Duterte is busy killing drug dealers, and he is being applauded by not only the Philippine people, but others around the world as well. The reason for that is everyone who is of voting age has seen themselves the effect of drugs on the community. People poisoning the community with drugs for profit is really no different than flesh eating bacteria consuming a body in a few hours. So the fact the he has taken a shoot to kill approach and encouraged the population to do the same is seen as a common sense approach to the problem. It is as far from political correctness as you can get, but the support he has is undeniably genuine as other more politically correct methods have proven to be impotent at best and bringing harm to the community by being ineffective. The politically correct way is comparable to politely asking the flesh eating bacteria to stop.

Society or nature removes incompatible members in one form or another, now in the Philippines the ‘Playing the system’ option has been for the most part been disabled. There is no going to jail option, it is either don’t even think about it or become organic fertilizer for what is growing on your grave.

There is no question anymore about political correctness being harmful. So if that statement upsets you, you should make an appointment with your therapist because it is the weak that will perish first when things get tough.

This is a periodic series