Coup d’état in Thailand 10 years on 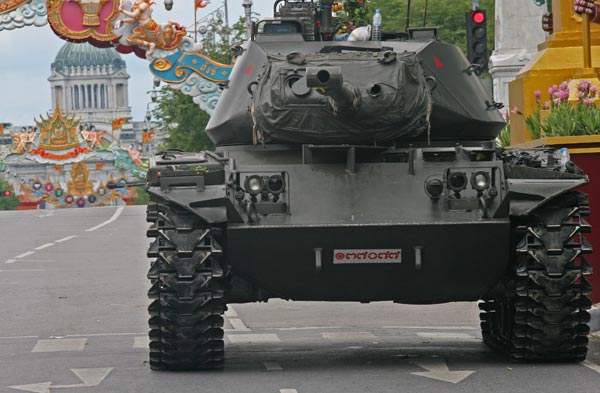 It was perhaps the most real-time documented Coup d’état in history. Hundreds of ex-pats were posting on a popular internet forum what was going on outside there window, and the server was swamped. The one thing that was noticed was the Thai People were all for the military intervention, and fear was replaced with sighs of relief and celebration in the coming days.

It was just about Sunset on September 19, 2006 and Prime Minister Thaksin Shinawatra was in New York for the annual United Nations General Assembly. TV stations started playing clips of the King along with patriotic music and tanks started to hit the streets. It took a few minutes for people to realize what was going on as all TV stations had the same programming. Once people caught on that a military takeover was underway, people started posting on thaivisa.com in the forum section what they saw outside there window. 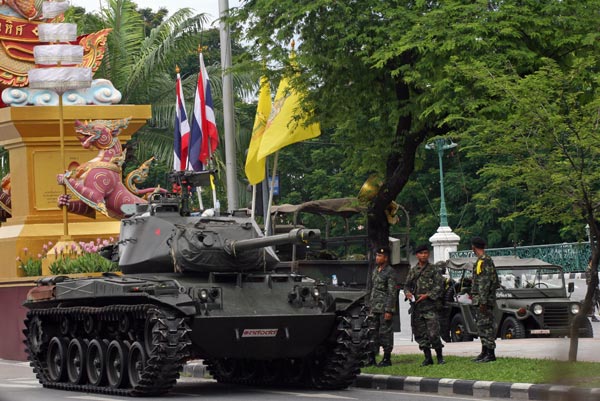 Every move, every action was posted in real time, and the server was having a hard time keeping up. Back then Facebook was just getting started and all of today’s modern chat features were not available. Twitter was not even born yet, and there was just one server feeding the world with events on the takeover.

Prime Minister Thaksin tried to announce a state of emergency from New York, but was cut off mid-sentence. For him the Thai Consulate General in New York was the only bit of Thailand that was under his control, but not for long. By about 8PM Bangkok time a spokesman for the military appeared on TV announcing they had staged a successful Coup and that the Constitution had been suspended. Then every 30 minutes or so the spokesman announced new governing rules for the short and long term. 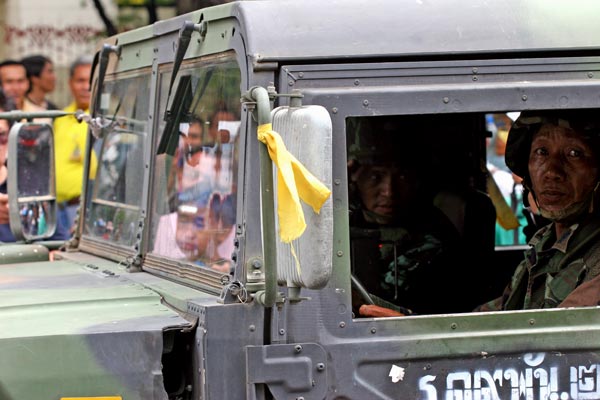 On the morning of September 20, soldiers on station were greeted with mobs of cheering and happy Thais. The want to be dictator Thaksin Shinawatra was gone, but only the naive thought he was gone for good. Thaksin was not about to give up, and even now 10 years after, he is still trying to get back into the Prime Minister’s chair. Because of his persistence, this entry exists.

The military was touting a Thai style bloodless coup, and for the most part that was true. But that was not so much from the skill and speed of the military takeover, it is more about the politicians tied to Thaksin were more into putting their tail between their legs and running as fast as they could, and not putting up a fight. Many were seen crossing the border into Cambodia just a few hours after the coup started. Seeing that by land it is a few hours to get to Cambodia, it is easy to conclude there were several unfinished meals on the table.

The entire effort of the Coup was to strip power from a want to be dictator. Had the coup not occurred, Thaksin would have been unstoppable by the morning of September 20 as military shuffles with pro Thaksin generals were set to happen on September 20. That would have squelched any and all efforts to conduct a coup thus insuring Thaksin’s absolute power.

Select next page below