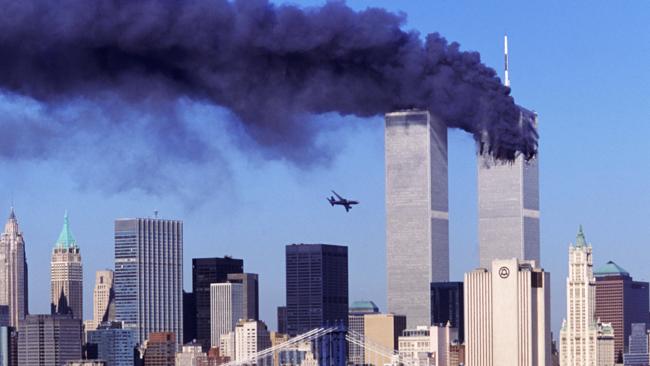 One of the most damaging things Political Correctness causes is complacency. Not wanting to talk about things that are negative and only talking in a positive way. It even causes people who are in touch with the real world to be labeled alarmists and ignored for the most part. The first big dose of damage cause by that Politically Correct complacency came on the morning of September 11, 2001.

After the fact there was at least one documentary about the people that saw a potential attack on the United States coming. They were people who were either employed by the government or in some way connected as a consultant. However their warnings were ignored because the feeling was America had plenty of security in place and the chance of any attack was zero. Those types of attacks only happened in other places was the mentality. So on that morning of September 11, 2001 political correctness clamed nearly 3000 lives and injured another 6000.

But that is not the only example where complacency caused by Political Correctness has done harm. By not wanting to see the passive encroachment of Sharia law into communities and ignoring the obvious signs that local laws are being ignored even in the United States, it allows Sharia law to override laws of a country. Sharia law has been implemented in many countries in Muslim communities, and Sharia law is the fuel behind ISIS, and any other group that has the same theme. Even the September 11, 2001 attack on the United States was fueled by Sharia law. So being encouraged to accept Muslims into the community and ignoring the fact that Islam’s law overrides all other laws because Sharia law is God’s law to them, is that politically correct complacency. Man’s law cannot override God’s law is what Islam teaches.

So people that look to point out this simple fact that can be found and verified in Wikipedia, scholarly writings from experts on Islam, along with other places are labeled as hateful or hate groups or other things along that line simply because what they are saying is not Politically Correct. The bottom line is these people are of the same people identified in the second paragraph of this entry who tried to warn of potential attacks on the United States.

When the Muslims already living in America were polled early in 2016 an astonishing 50% said they preferred Sharia law over laws of the United States. Another polling in France in September 2016 showed that 28% of all Muslims living in France prefer the hard-line authoritarian  interpretation of Sharia law that ISIS is enforcing, but it is not politically correct to talk about that.

So in the United States when you hear on the news about not being able to stop ‘Lone Wolf’ attackers because they are hard to identify, So far each and every one of them has been fueled by Sharia law, and they were allowed to get to that attack stage level by complacency caused by Political Correctness.

So to address that, it has also become amusing to some that the United States Government is trying to make it politically correct to report things that look out of place (The see something say something campaign) despite it going against the complacency Political Correctness encourages creating an oxymoron of sorts. That itself says political correctness is due to implode some day because it now tends to want to dampen both common sense and the survival instinct of not trust before trust.