When you hear the word hero, your mind may wander to people who save other people from Harm or Peril, and you would be right. You may think of FDNY on 9-11-2001, or you may think of people helping others in time of need like after a tornado. In all cases you would be right. But this newest breed of hero is unique, and looking at the way things are going in the US, they most certainly are needed.

Unfortunately in America there are some bad people who have found themselves to be in a position of authority, and they abuse their power bringing harm to the public. Movements like ‘Black Lives Matter’ and seemingly regular demonstrations for someone being shot and killed by police is a clear sign there is a problem. Even President Obama acknowledges there is a problem and has spent significant time on the issue. Seemingly the one common element is a violation of rights one way or another, and that was the seed that spawned this new breed of hero.

Perhaps there should be a name for these new heroes, and some have tagged them as Constitutionalists that in some ways sounds derogatory. After all why should anyone have to fight for their constitutional rights in the USA, but unfortunately they do. So what makes these people heroes is their actions educate the police, educate the public, and expose bad cops and other public officials who regularly violate the rights of the public. They even have managed to show that some companies regularly violate the rights of the public.

One of the biggest dilemmas that complicates matters is terrorism. The United States government has launched a public awareness campaign that has the motto, ‘See something say something’. That in a way causes some problems, and the only way around that is education about the rights people have by showing the public by example. What some people think is suspicious activity is actually protected by the Constitution.

So how these heroes go about teaching people is by creating situations that will likely cause the police to come and investigate and perhaps try to violate the rights of the heroes. The heroes are armed with several tools to protect themselves. Video cameras and live streaming are clearly the most effective because of the real-time nature and the evidence has gone public before evidence can be tampered with. They will document attempted rights violations as well as actual violations, and all of that gets posted on YouTube for the public to see.

Other tools the heroes have is knowledge of rights, decisive court rulings as well as the tiers of law. What the tiers of law is simply knowing what laws trump other laws. The Constitution of the United States trumps all other laws. State laws, city ordinances, rules and policy all fall short and cannot be enforced unless a person gives up their rights willingly or by trickery. 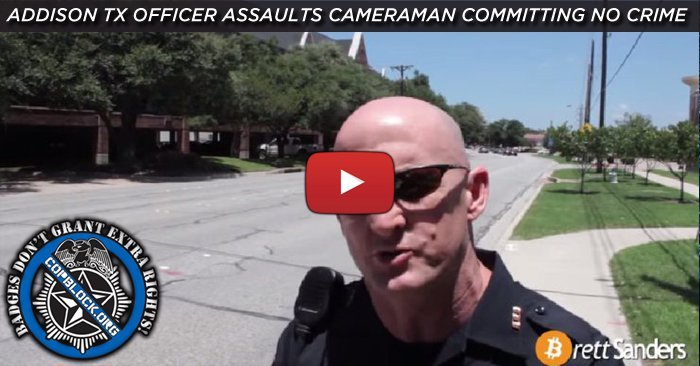 The effectiveness of these new heroes is already showing. Most of the videos from 2014 and 2015 show rights being regularly violated. But in the latter part of 2016 most police back down or present lower level of confrontation as they have been educated in one way or another. But looking deeper it seems the bad apples have learned who bites and avoids them, however they still attack new faces hoping they don’t understand their rights. If that sounds like the behavior of a bully or a predator, you would be 100% right. Only the bad apples deliberately ignore their superiors, the Constitution and the Supreme Court. It is these bad apples that feed groups like Black Lives Matter and fuel riots in the streets. Those groups are reactive, but these heroes are proactive looking to stop future problems by education and exposing the bad apples before they strike again.

What this will eventually come to is a significant accumulation of video evidence showing repeated behavior after they have been informed their behavior violates the rights of people. When that happens, it will get very expensive as the courts proceed to drain their wallets and perhaps even jail them.

Connecting the Dots hopes to do interviews with these heroes and see what was their motivation to go toe to toe with bad cops and authoritarian companies that violate the rights of non-employees. We can clearly see it is not for self-satisfaction or feeding narcissistic supply, it is about helping the little guy who falls victim to these predators as well as exposing bad people who wear a badge or run a company. For that, we give these new heroes all a Shining Star.

This is part of a periodic series.