It is so unusual to see people freaking out when someone in public picks up a camera and starts to video record, yet however walking past security cameras does not even warrant a second thought. This behavior itself is so unusual, it is clearly a paradox.

To understand the motive behind this post, you need to take a look at the theme of this month (January 2017) and the majority of the posts that talk about police interactions with the public. Many of the video clips display police interaction with a person with a camera. Many of them started with a call to the police saying someone with a camera is acting suspicious, and the rest the police came on their own. Noting that in all cases demonstrated, the person with the camera was not breaking any laws and was simply filming in a public place as allowed by the First Amendment. 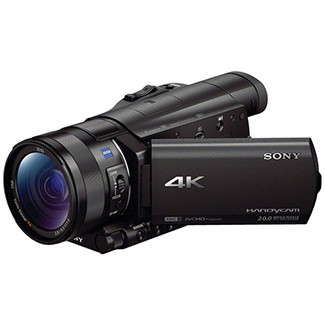 So the paradox is almost like a word paradox. Say it one way and it does nothing. However use a different set of words that mean the exact same thing and somehow buttons are pushed. In example if someone said she is getting a Brazilian waxing, people would likely just say OK cool. However if you said she was going to wax all the hair off her pussy, some would say that was offensive despite it meaning the same thing. Some people may argue that it is not politically correct to use the later term, however the same behavior is triggered without words just by operating a camera in a public place thus ruling out political correctness for filming.

There are some points to consider when trying to identify the cause of this behavior, and the First Dot is the stimulation of the survival instinct. Since 9-11 Americans have been programmed to be on the alert for suspicious activity and to report it. the ‘See something Say something’ campaign that was perpetuated by the US Government has for lack of a better term programmed Americans to respond to anything that is out of the norm, even if it is perfectly legal like video recording in public. So as recording a video in public is not as common as having your eyes glued to your smart phone while walking in public, it is deemed suspicious.

The Second Dot is many people are camera shy and look to avoid being recorded. Yet walking past security cameras people don’t even flinch for mostly three reasons. First per the First Dot, they are very common so they are not suspicious just by sheer quantity. Second the shape of a camera is often concealed by a bubble that does not trigger that fear of being photographed. Third security cameras are often if not always positioned out of eye level thus reducing the anxiety impact. In example if you were swimming and you saw the shape of a shark near you, your survival instinct would compel you to get out of the water as fast as you could. You can sort out if it was Jaws himself or just a harmless sand shark once you are safe. 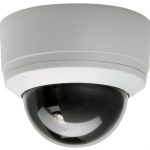 So when you look at a person filming in public, you can ‘A’ clearly see the shape of a camera, ‘B’ it is not common to you, and ‘C’ it is at your eye level. This is despite you possibly being recorded by a dozen other cameras at the same time that are hidden, it is only the one that is recognized as a camera that triggers the response.

The Third Dot is the person with the camera is an unknown stranger, and that comes back to the government’s suggestion of terrorism. However if you saw the person was your neighbor, you would not be alarmed because you know he is not a terrorist but just plays a terrible game of Golf.

Ironically all of this programming is causing self-infringement on constitutional rights. A similar case for open carry of firearms follows the exact same pattern of response, all you need to do is swap out the word camera for gun and you have a duplication of behavior.

« ISIS Propaganda vs misbehaving police videos How to create an activist »